Musk plans to take Twitter private after the transaction is finalised. To finance the purchase of the social media giant, he sold $8.5 Billion worth of Tesla stock but confirmed on Twitter that no further selling is planned. The overall financing structure combines a $21 billion equity commitment and a $25.5 billion debt and margin loan commitment.

So debt is a significant part of the financing structure, which is critical to keep in mind because the remaining question is:

How will Elon finance the debt service and pay back the $25.5 Billion?

The latest financial results for Twitter show that in Q1 of 2022, Twitter generated $1.2 Billion in Revenue at an operating loss of $128 Million. The 2021 annual results show an operational cash flow of approx. $630 Million and a negative free Cashflow of -$379 Million. Twitter has never been the most profitable or most efficient business among the big tech giants. Also, it is questionable if, at its current structure, Twitter will generate enough cash flow to finance Musk's debt side of the acquisition.

The first phase of the transformation is to ensure debt service.

According to Reuters, the plan is to eliminate the salaries of the board, remove stock-based compensation and increase overall gross margins, which are much lower than the ones of Meta or Pinterest. In addition, Musk plans to develop new features to grow the overall revenue. For example, allowing users to make money on tweets when they contain important information or go viral. Financed by third parties that want access to that information from Twitter's verified user base.

Let's look at the announced changes in the Twitter product. These are based on public Tweets from Elon himself.

Like any other social media platform, Twitter struggles with spam and scam. Comment sections of larger accounts are often filled with spam comments, and there are many complaints about fake accounts that try to scam users by asking for financial transactions. So fake identities and impersonation cause actual harm to Twitter's user base. The solution will be a combination of offering identification and verification for all humans plus an improvement in the fraud detection algorithm pre and post-sign-up.

Currently, it seems that direct messages on Twitter are not encrypted, so technically, people with access to the Twitter databases can read its users' conversations. However, introducing end to end encryption will make it impossible for any other than the user to read the messages - of course, it depends on the exact implementation.

Not many people will know how exactly Twitter chooses to distribute content to its user base. Also, there is manual manipulation in terms of temporary and permanent bans of Twitter users. Those decisions are partially supported by algorithms, too. In both cases, the idea is to make algorithmic decision-making transparent. This will allows third parties to audit the algorithm and propose changes. The same goes for any other types of content moderation like flagging content or banning user accounts. Today it's not publicly who and why the content was flagged, removed, or excluded users.

Twitter's product development has not been the most successful since its IPO. While other platforms moved heavily to video content and experimented with many different ways of creating and sharing content, Twitter has never been the platform that others tried to copy. It doesn't mean that this is negative, but there is definitely room for experiments that could transform Twitter into a more versatile way of creating and sharing information. Especially when the goal is to "make Twitter max fun".

Overall the grand vision is to offer a compelling product on a politically neutral platform that is maximal fun to use.

How many people love to see Ads? Ads are usually a tradeoff that we are willing to accept in exchange for a free product or service. But Ads rarely increase the fun of a product. So chances are high that Musk will shift the business model from relying heavily on Ad revenue to other forms of monetisation.

Scale Twitter Blue internationally and other ways to make money.

Twitter blue is currently available in the US, Canada, Australia and New Zealand - the subscription-based could become the driver of the transition away from Ad revenue. While the current offering is limited, Twitter blue could become a way for its users to earn money for Tweets. Similar to the business model of Medium, the premium users pay for a subscription, and a portion of the revenue will be redistributed to the subscribed users that produce high engaging tweets. In addition, an included verification, instead of a one time purchase, could also be added to the list of benefits for Twitter Blue.

So the trimmed down cost structure combined with revenue growth will secure the debt service to finance the deal and give Musk and the team time for the second phase of the transition.

The second phase is to create long term resilience for Twitter's neutrality and its commitment to freedom of speech.

The centralisation of ownership into the hands of a single individual makes Twitter vulnerable in the eyes of critics. Suppose Elon changes his mind or loses control of the company. It will be easy to abuse the platform for one's personal goals, so the long term goal should be to ensure resilience against ideological takeover - the opposite of freedom of speech.

Going from many to one to all could be the answer.

With a user base of over 217 Million monthly active users, it may be obvious to some to distribute the ownership of the social network to its users. Balaji described the details of such an airdrop of ownership in this article - which I highly recommend reading.

In short: Twitter's ownership and control would be transferred into some type of coin distributed to all its users. This allows the users to transfer the ownership to others and keep it to vote for changes on the platform or earn more of the Twitter coin by providing valuable service to the network. The Twitter handle, or in other terms, the user's identity, will be treated as an NFT that users hold in their own wallets. The upside of this transformation of ownership would be the attack vector of such a platform. If somebody is upset about the existence of Twitter and the way it works, it's a direct attack on Elon Musk. If Twitter is owned by a network of users, the attack is distributed to more than 217 million individuals.

“I don’t believe anyone should own or run Twitter. It wants to be a public good at a protocol level, not a company. Solving for the problem of it being a company however, Elon is the singular solution I trust.”

Jack is a vocal proponent of Bitcoin and the underlying idea of decentralisation, so at least he should support the concept of a decentralised version of Twitter.

The impact on other social networks and the internet in general.

With the mass verification of accounts and improvement in detecting bots, Twitter could become the missing identity layer on the internet. Your identity on Twitter could also be used for other services on the internet, and Twitter could establish a payments layer on top of its network of verified identities. Allows millions of people to use P2P payments within Twitter and as a service on third-party apps. This could be the trigger that will lead to mass adoption of already existing technologies like crypto-wallets, NFTs and p2p payments with the help of cryptocurrencies.

It remains to be seen if Elon will be able to execute the proposed changes and stick to his promises to create a politically neutral platform that allows free speech to the level that is compliant with the law. However, the sheer fact that the discussion about free speech and transparency of the algorithmic distribution of information to millions of people has been sparked through the acquisition of Twitter is a net positive.

Almost a month ago, Elon Musk announced that he was working on Part 3 of his Master Plan and Tesla Twitter went crazy. People immediately started speculating about what the next phase of Tesla will look like. > Working on Master Plan Part 3 — Elon Musk (@elonmusk) March 17, 2022 [https: 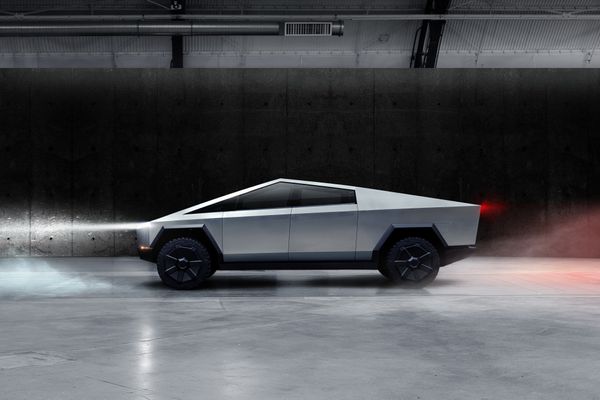